I was not good at checking out new things in 2013. 2014 will hopefully be different.


Books
Check out my Goodreads profile. My goal is to read 50 books this year!

The 8th year doing this. Love doing this even if most of the list never gets crossed out!

tv_universe which is a TV land community. Creative community with really nice mods! Tell them I sent you!!

Also be sure to check out

womenverse which is a land community focuses on women! Also make sure you tell them, I sent you. You won't regret it. :D

landofart is open for phase 4!! Be sure to check it out and tell them I sent you. :)

lims_movie. In case you haven't guessed, the movie this time is Hunger Games!!! Go sign up, I did. :)

Aimee had a fantastic idea that since

whedonland is closing she is going to have a reunion phase once a year. This will be open to all past and present members!!! Come check out the post and fill out the poll!

I think a few people on my list are alums so that is why I am posting it here. I hope some of you are interested! I think it is going to be fun. :)

potter_land which is a land community for Harry Potter fans. I am on Team Helga. Make sure you tell the mod that I sent you!! 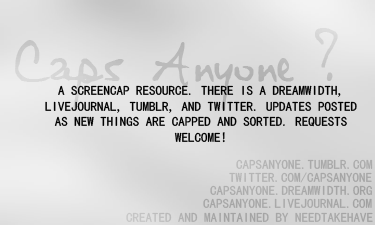 capsanyone is a great caps resource. You can also request caps there. I am a maker there (well when my computer cooperates).

landofart which is a land community for art lovers. There is a wide variety of art related challenges (and some non-art related ones from time to time). I am on Team Steampunk {also a mod}. Check it out! Make sure you tell the mod that I sent you!!

My friends cut is completed. If you can see this entry, you have survived the cut.

If you were cut it was either because you had a dead journal, we don't talk, we never connected, etc. If you feel this is an error, PM me. However, please do not PM me to yell at me for cutting you. I have no time for dramatic messages and it will be ignored.

To my remaining friends: This journal is going to be more raw and open. I am not holding back anymore. If TMI or emotional things bother you, I suggest you de-friend me. I am looking to start fresh. I have said before 2012 is going to be a year of good changes in my life. I want my friends list to be full of good people who will keep it real with me.

Hey everyone. Check out my favorite land community. I know some of you are already there so just ignore this. ;)

Do you enjoy the tv shows Buffy the Vampire Slayer? Angel? Firefly? Dollhouse?

whedonland is a land community based on the works of Joss Whedon. The community has a lot of different challenges for all sorts of tastes such as icons, games, & writing. It has something for everybody!

hermionesparkle from Team Buffy (a.k.a. the best team) sent you! :)

B.Y.O.B. Holidays
What is your must-see holiday movie? One random answer will win a $50 Amazon gift card. [Details here]
Reply 969

I have to see every year: Mickey's Christmas Carol, How the Grinch Stole Christmas (both versions), A Charlie Brown Christmas, Frosty the Snowman, & To Grandmother's House We Go.
Collapse